Now that I am deathly and irrevocably behind The 4 Weeks Series – hola from Cusco, home of Machu Picchu, Inca history, and the city flag that is mistaken for the gay pride flag 200% of the time.

I am my own traitor to the blog name. MWHAHAHAH

I actually have a crap-ton of things to write as far as my current traveling, work, and “mental/psychological” (not in a dramatic way but things related to emotions and thoughts) situations go but I don’t want to make the posts too long so this will be focused on Cusco. The super short version is that after I completed my certification in Arequipa, I wanted to see more of Peru so I chose Cusco as my next destination.

Cusco is stunning – no wonder why 800 trillion tourists come here everyday. It is decidedly different from Arequipa due to the geography, history, and population. 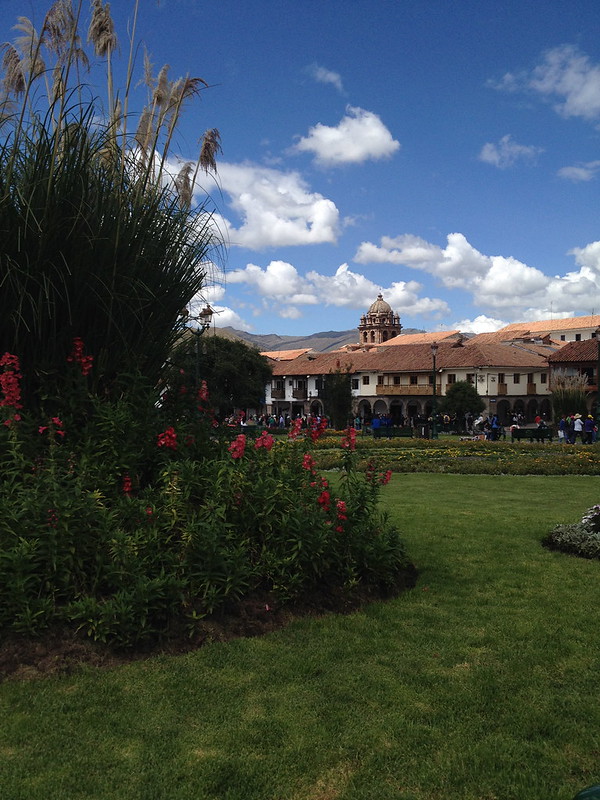 I think most people fall in love with Cusco, at least at first sight. I did, mostly due to significant reduction in traffic noise and the number of people. Sure, there are troves of tourists everywhere, but the atmosphere and charm of the place make up for it. 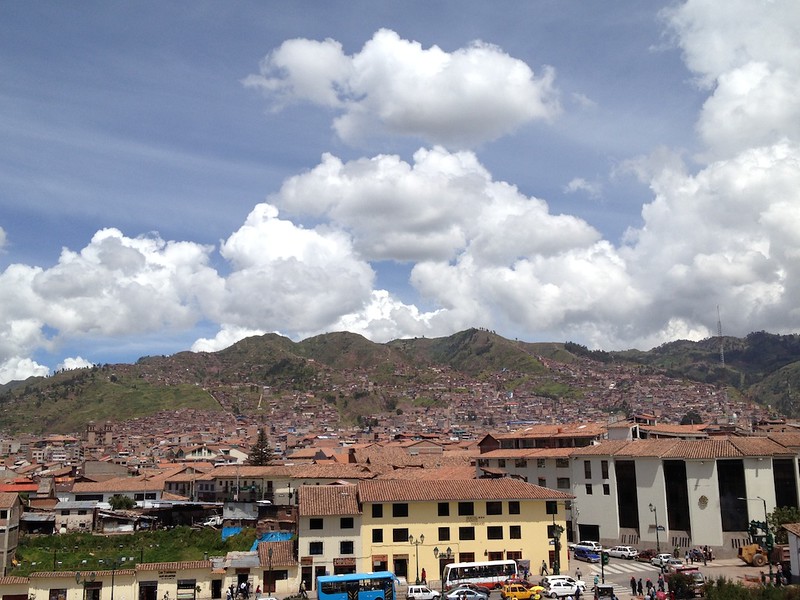 I think being in Arequipa for a month helped a bit with altitude acclimatization but Cusco is something else. I’m fine when walking on flat terrain but any semi-significant to significant incline or stairs and I’m basically dead. That is one of the reasons why I have been holding off on the adventurous excursions like Machu Picchu.

To be frugal, I used Couchsurfing to find a place to stay for free for 3 days. Although the host was nice, the apartment was extremely dark and depressing so I left as soon as humanly possible on the third day. I will give Couchsurfing a try again though – my host was helpful and showed me around the town the first day. I can’t believe people are generous enough to let people live in their homes for free and some even take the Couchsurfers to sites, virtually acting as a free local guide. Couchsurfing also lists local events to help meet people.

I am currently at an awesome hostel called Dragonfly Hostel in a 6-bed female room. This was the first time I chose such an arrangement but so far it has been good. A bit cramped but people come and go and there are spacious common areas where you can hang out.

I have not wandered too much around Cusco, just in the central area. One of the things I love about Cusco is that there are small squares (parks) almost every block so you can almost always find a good spot to relax, people watch, people judge, read, zone out, etc. 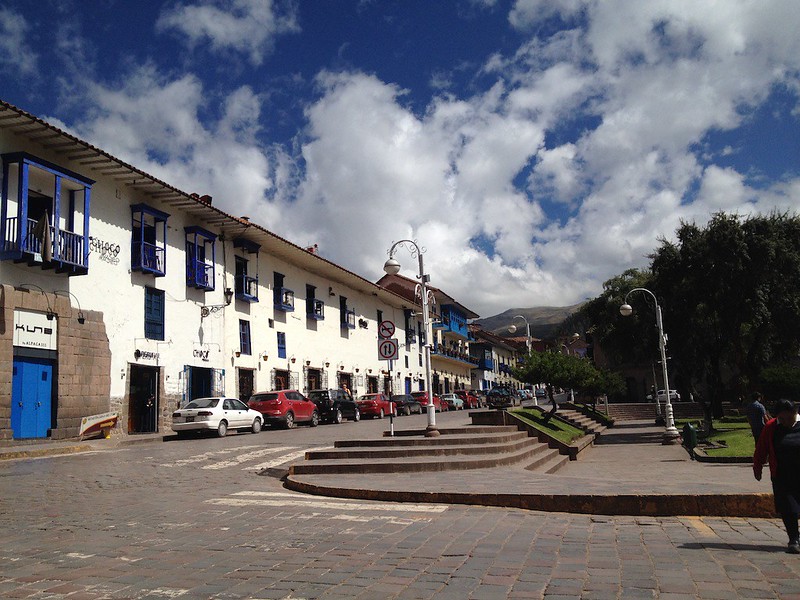 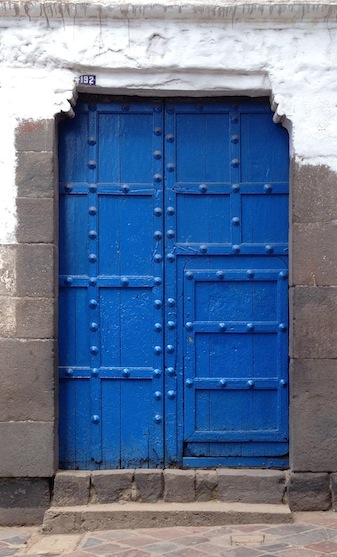 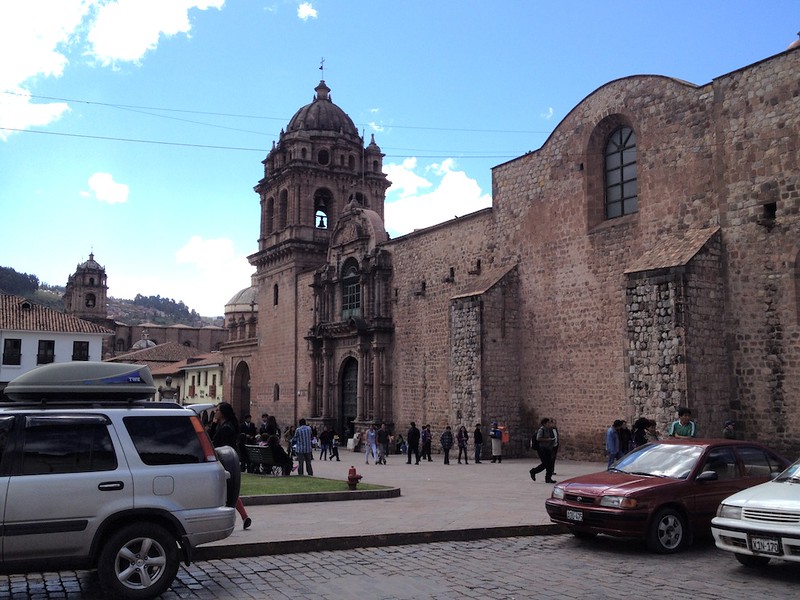 There are so many tour agencies and tour options that they make you want to punch everyone and everything.

Sorry this post has not been too informative of Cusco. I’ve only been here a few days and for some reason it has been a difficult adjustment, mostly because I am still getting used to traveling alone. Below is the picture dump – I explain the pictures in the caption. 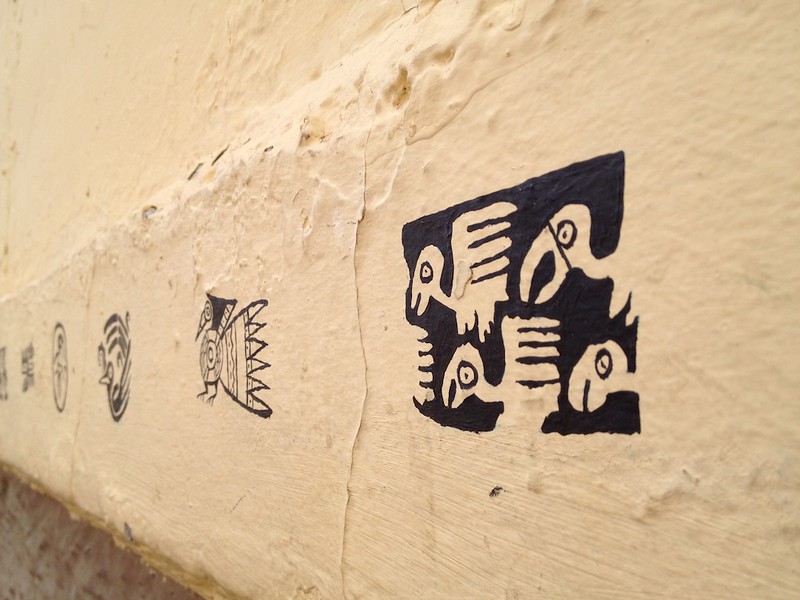 Just like in Arequipa, Cusco has a ceremonial parade every Sunday morning at the main square. I have videos of this as well but I couldn’t upload them. 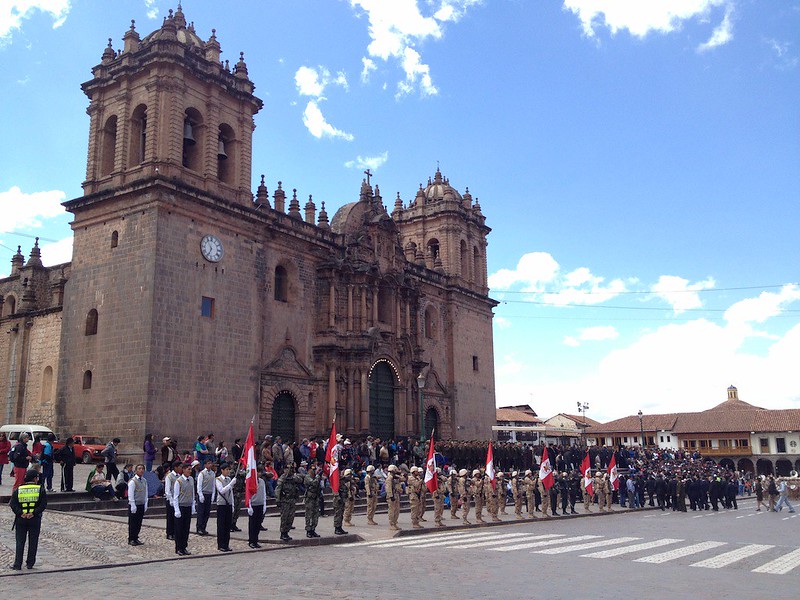 This is probably one of my favorite photos. I was sitting on the bench and these girls came by. For a split second I thought they were selling something and my instinct of saying “no gracias” kicked in – although I didn’t say it – until I realized they were just normal girls with their new puppy, Machu. Yeah, I felt guilty, but stuff like that happens often enough that you develop a involuntary defense mechanism.

Anyway, they talked to me in Spanish and I responded as well as I can. They asked me to take their pictures. I also got to hold the puppy. They were great.

All this to say – as I stated on Facebook – kids remind you to not constantly have something stuck up your ass. 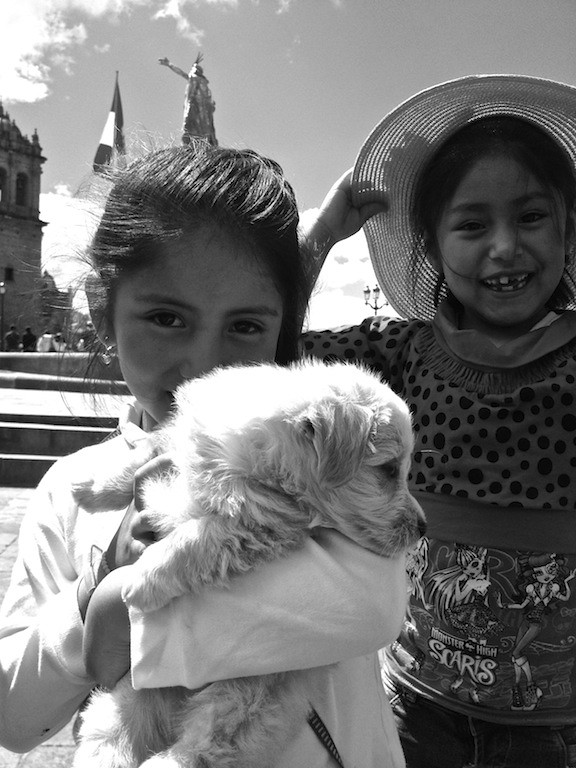 Some awkward pictures that could have turned out well in a parallel universe…but something is off in these…the framing, the quality, etc. Maybe some of you can see where I was going with these pictures. The common theme among these is that I had to capture these moments as fast as I could because in the next picosecond it wouldn’t be the same moment anymore. 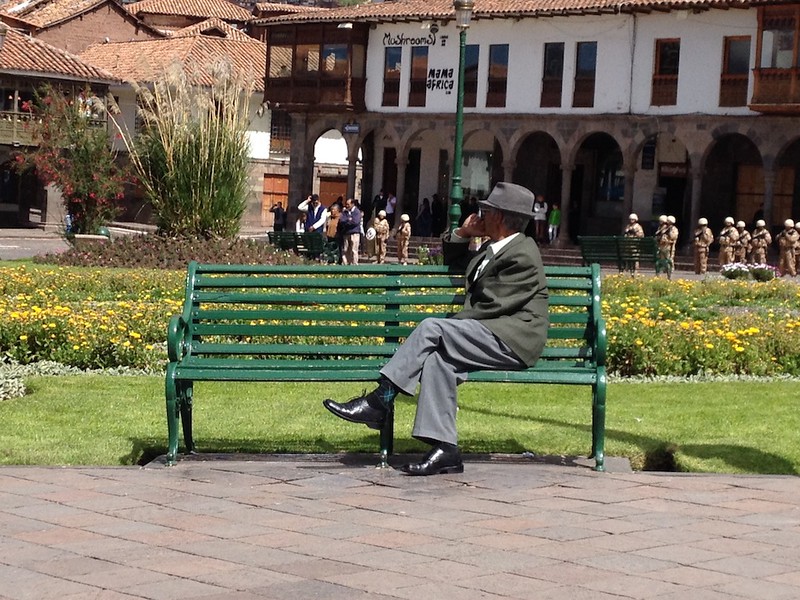 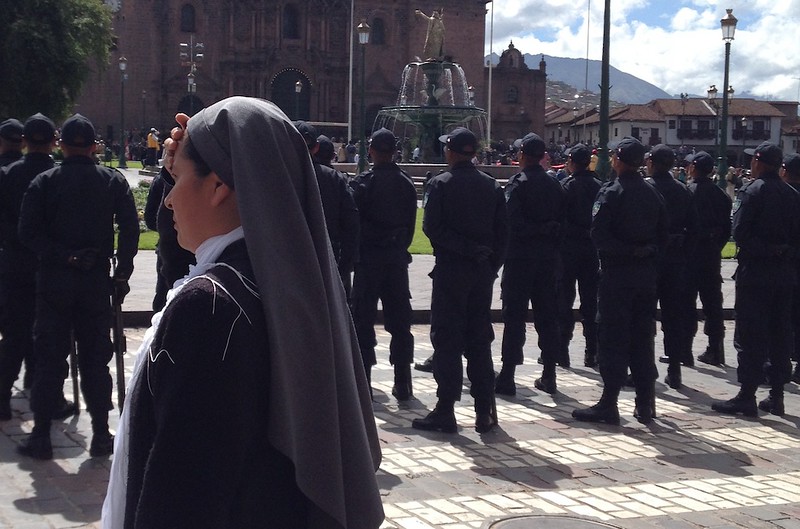 I visited Mercado Central de San Pedro, the go-to place for locals to buy mostly fresh produce but this place has everything. It is quite overwhelming. It was too awkward to take pictures but you can do a Google image search. I had a cheap lunch at one of the food stalls. I enjoy those kinds of things because I get to see how the locals live and practice my awful Spanish. The napkin was a toilet paper.

I also got one of my favorite Peruvian drinks, chicha, a sweet drink made from maize. I got this from a street vendor. If you drink it on the spot they put it in a glass; if you want it to go, you get a plastic baggie. 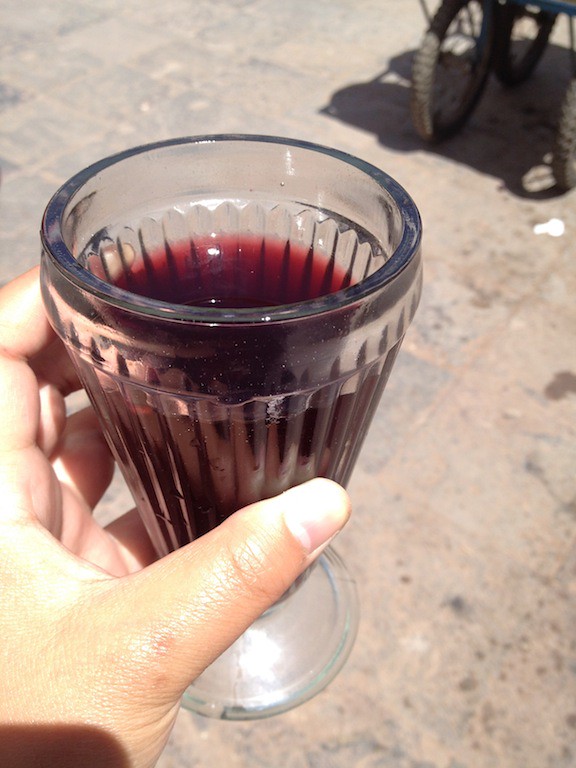 Of course, because this is Peru, a lady selling a cartload of chicharron sat next to me. 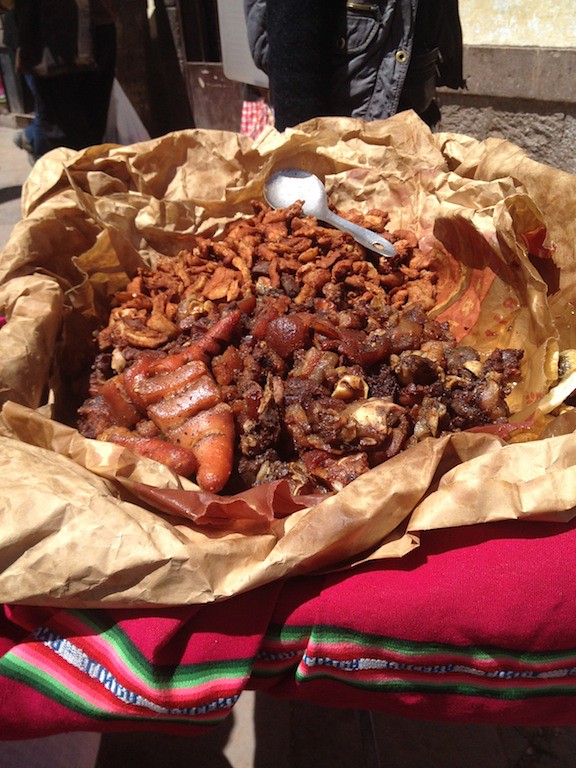 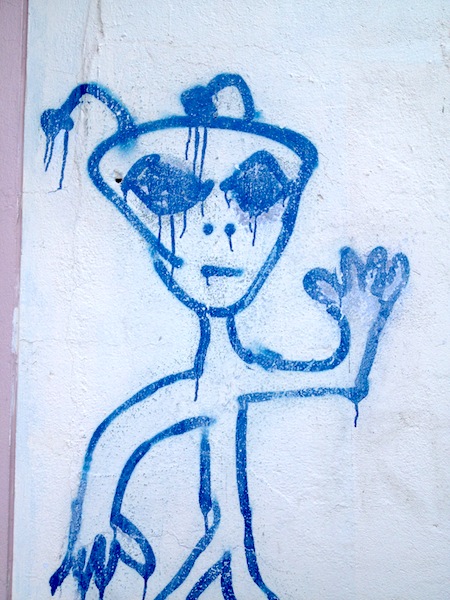 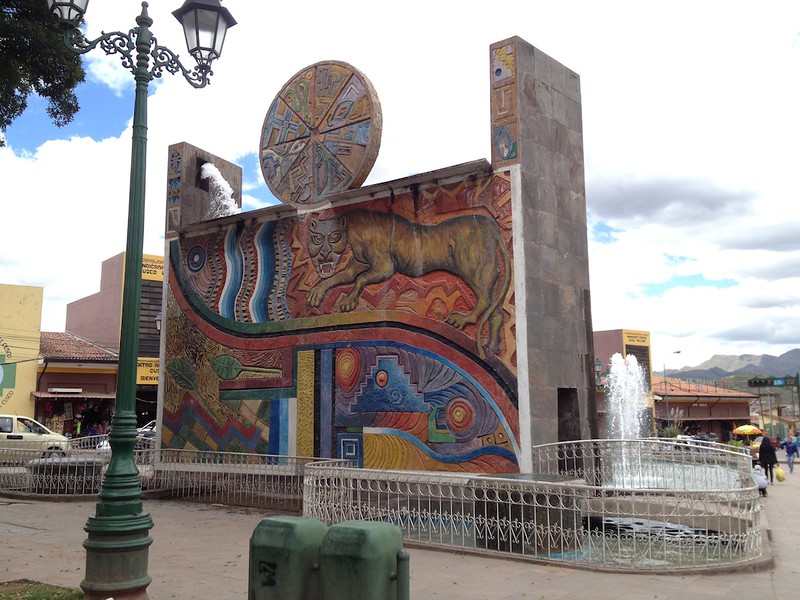 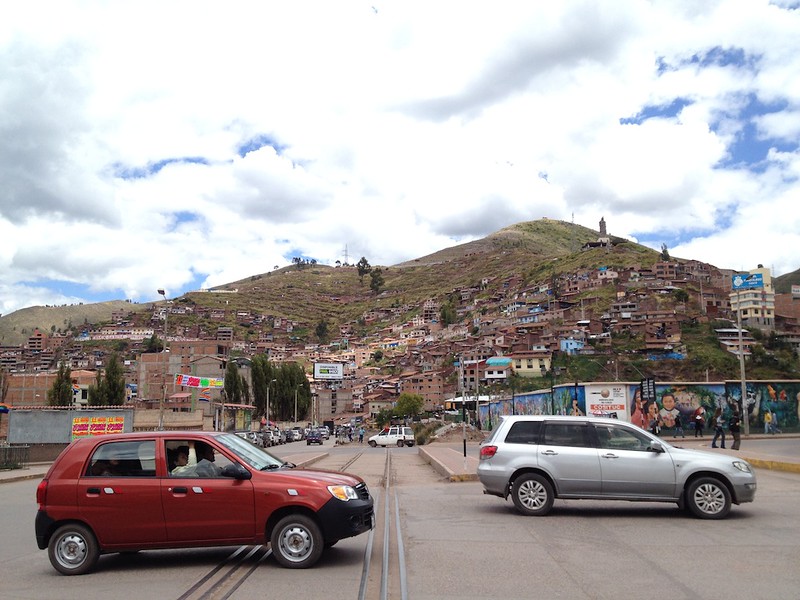 View all posts by Sari