I listened to the devil on my shoulder, put off the lesson planning and grammar exam preparation for tomorrow, and accompanied my roommates to Characato/Yarabamba for a 10km (6.21 mi) local running club race. 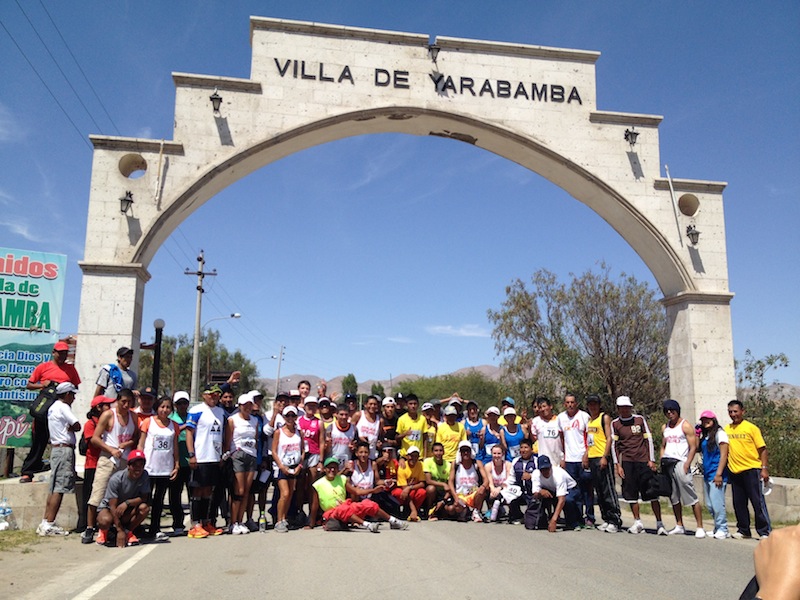 One of my British roommates, Dan, is an avid runner and runs every single day with Club Colca, the local running club. Since my other roommate, Emily, is also a runner, she decided to join the race. Dan’s girlfriend Melissa and I tagged along for moral and water-giving support (I failed at the latter…to be elaborated later).

I almost bailed out (SURPRISE) because I was so worried about schoolwork but am glad I went – I had been dying to get out of the “city.” The outskirts of the city was barren but beautiful in its own way.  We left at 7am, met up with two guys, and took a tiny taxi to the destination. The two guys sat in the passenger seat together. I wish I had gotten a picture. 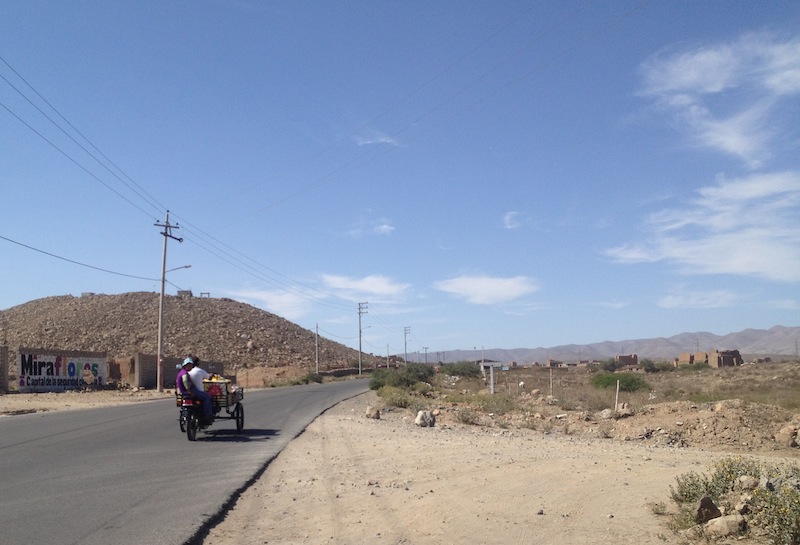 Among other things, Melissa and I helped hand little packets of water at the halfway point. Let me tell you right now that that requires skill and it should be considered a legitimate occupation. I failed to hand the packet to the runner several times (they dropped it) and I wanted to run away in shame. 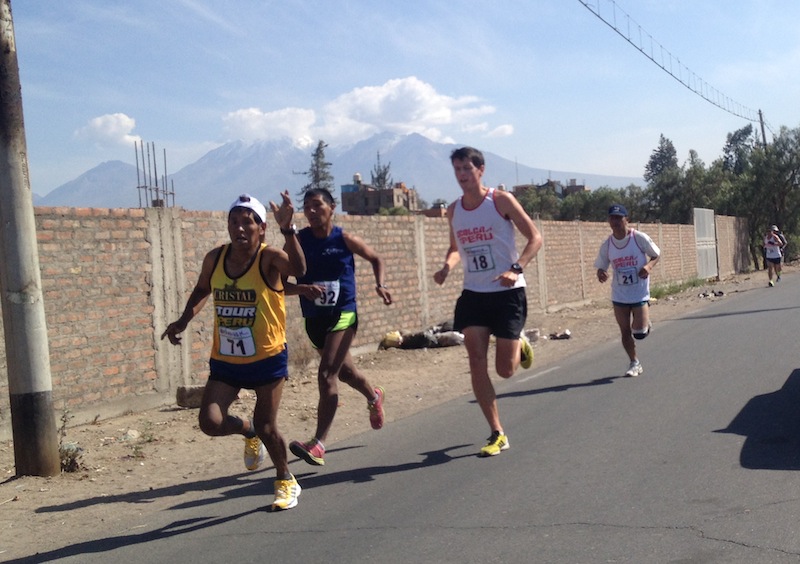 I felt like a loaf seeing people run under the blazing sun but cheered the runners as un-obnoxiously as I can. I admire them all. The fastest runners finished within 40 minutes. Emily even earned a medal.

Everyone was very friendly. I talked to some people in broken phrases but seeing everyone have a good time made me vow to learn Spanish. It was actually close to physical pain wanting to but not being able to communicate. Power of language!

Afterwards we stopped at a small restaurant for adobo, an ubiquitous dish here. I vaguely remembered liking the adobo from the Philippines so I was excited for the Peruvian version.

I did not like it. I must stay away from pork unless it’s in bacon form. 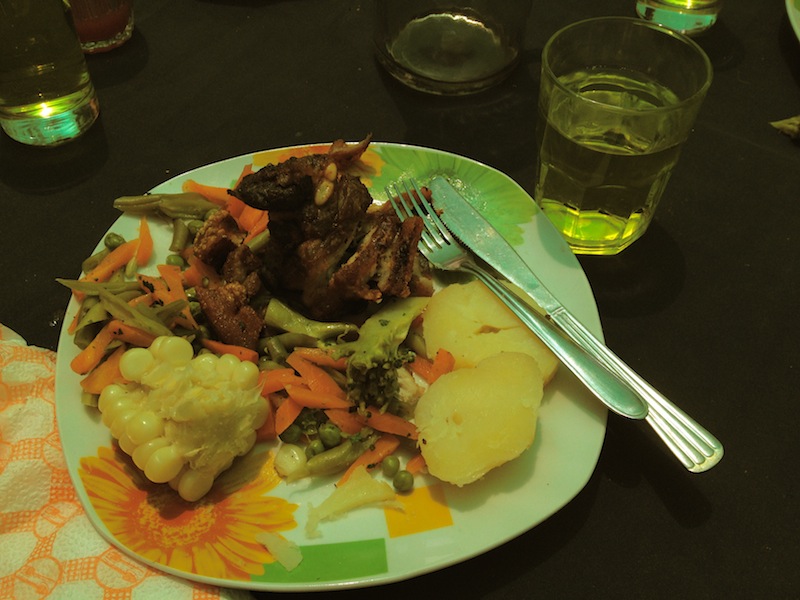 We took a combi home, which is always an experience. They are an economic mode of transport for most people here. The medium-sized buses are usually crammed with as many people as possible. Emily and I were certain we were involuntarily squishing a baby on the bus.

Writing these words I realized I did not capture this day accurately. If I had all the time in the world I would not publish this post until it was perfect, until I got every nuance and meanings right, but alas.

I am glad I did not bail out. I am glad I said yes to the invitation. I am happy I had a Peruvian meal with Inca Kola in an outdoor restaurant while Latin music played in the background. I am happy I got sweaty and gross standing under the sun while attempting to hand out water to runners in a dry, rural town. I am thankful for people who were patient enough to converse with me. I am in awe of everyone who ran the race. I loved the breeze I felt while squished in a tiny taxi with illegal number of people by US standards.

I am one lucky human being.

Except that I have a class to teach tomorrow and a tricky test to take.

AND I WILL BE HOMELESS IN A WEEK.

But I digress. Here are some additional pictures.

P.S. Thanks for everyone who leaves or sends me comments. They mean a lot. 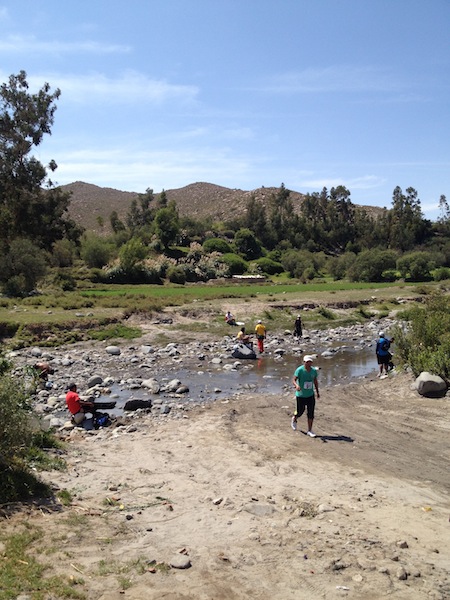 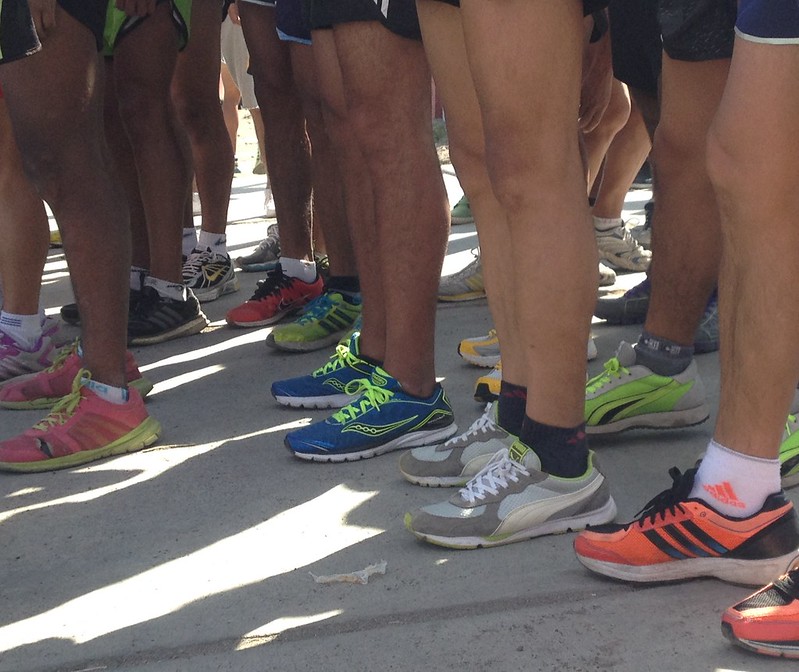 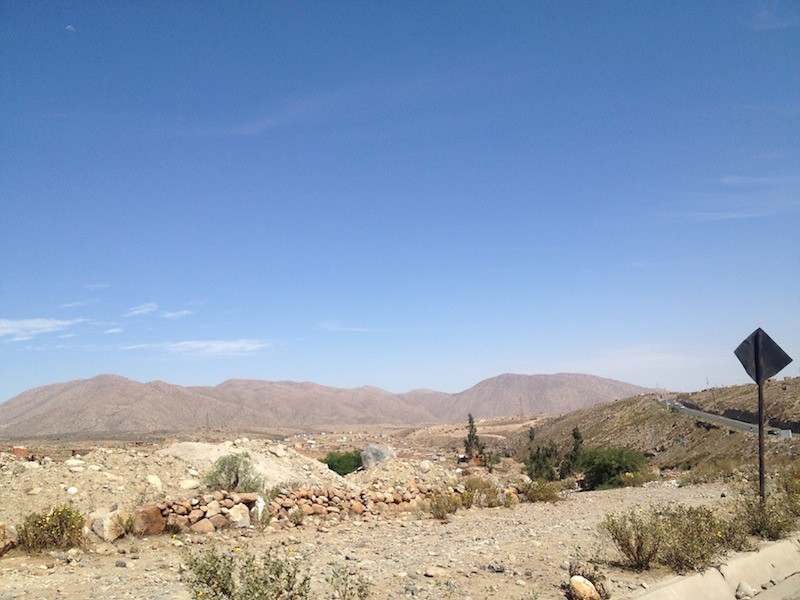 View all posts by Sari

5 thoughts on “Do Now, Regret Later”